There lies a curse over this swamp. Its inhabitants have become mindless flesh-hungry drones. Can you, a newly taught witch doctor, help uncover what is behind this? 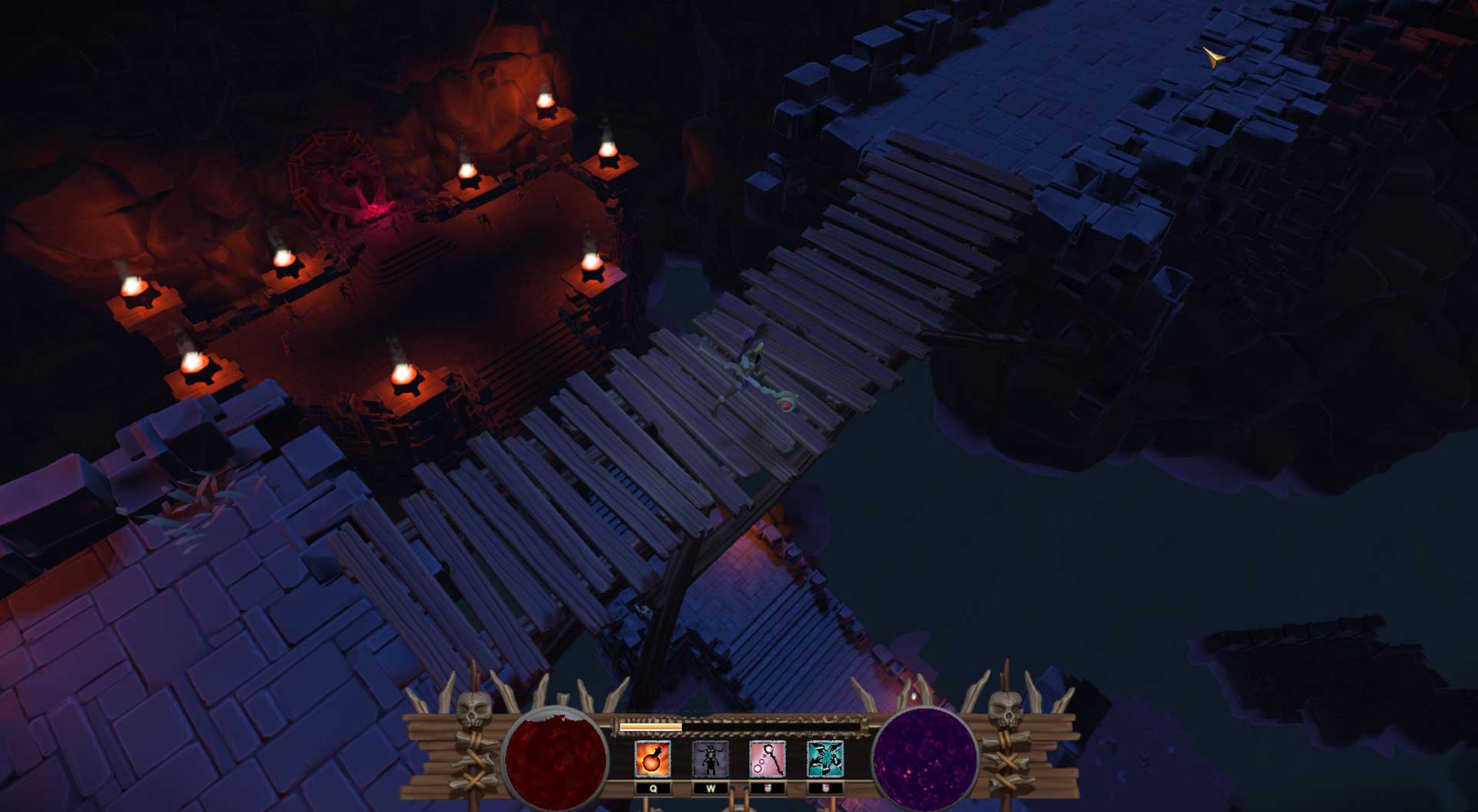 Something is very wrong down there...

This project was an action-RPG in the style of Diablo 3. It was the first project at TGA in which the programmers had to create their own 3D-engine which brought many interesting aspects to the table. We knew going into this project that it would take a long time before most disciplines could see any of their work in-engine and that most work would be kind of black boxed by that. 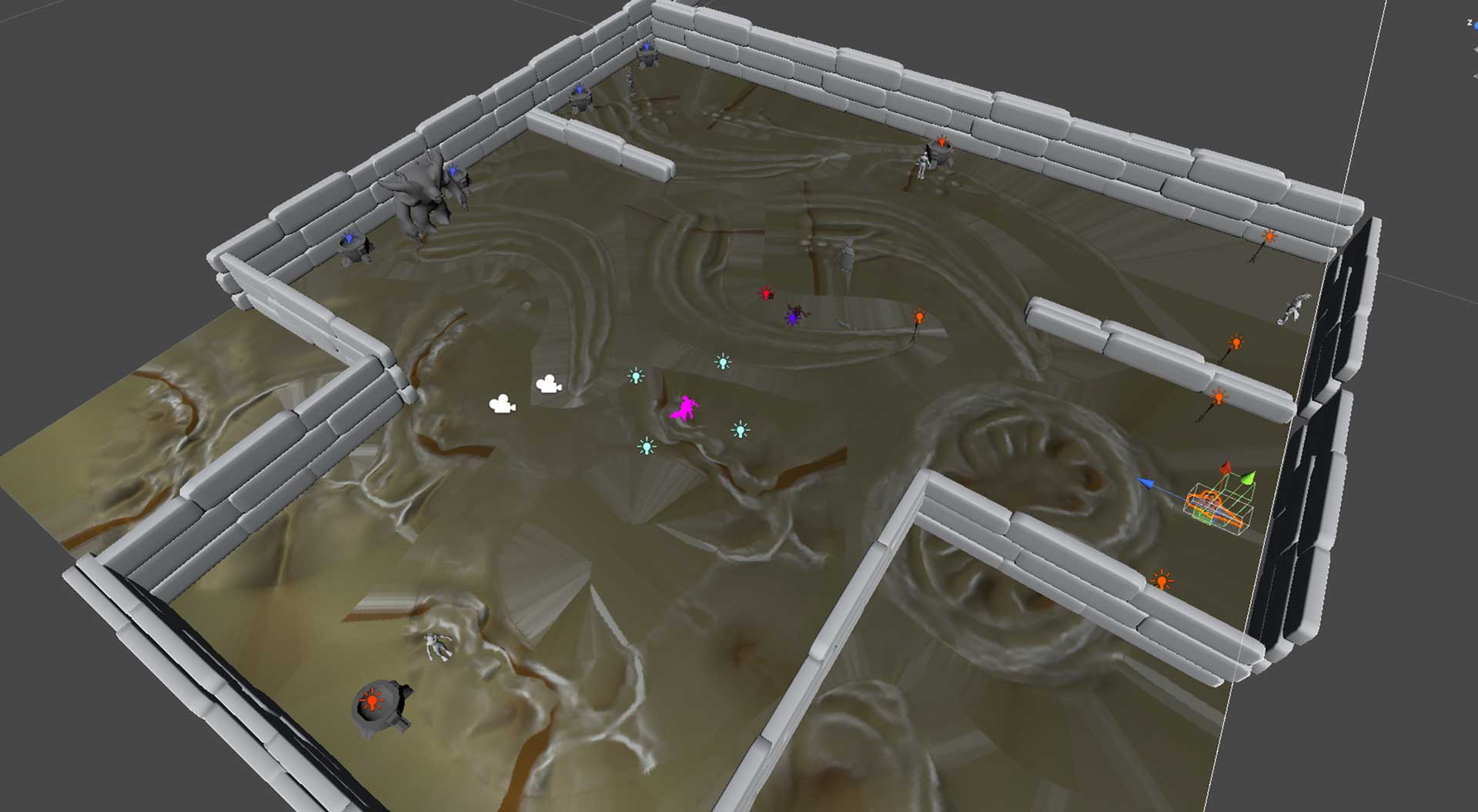 The testing level for animations and behaviours.

For this project my responsibilities were mostly centered around gameplay balancing, administration and early concepts for level design. When it came to balancing the enemies the process was made fairly straight forward by the programmers and all necessary values could be tweaked in Unity and tested seconds later in our engine. This meant that my work with balancing features could be iterated as often as needed and thanks to that we ended up with both a player character and enemies that felt just right. 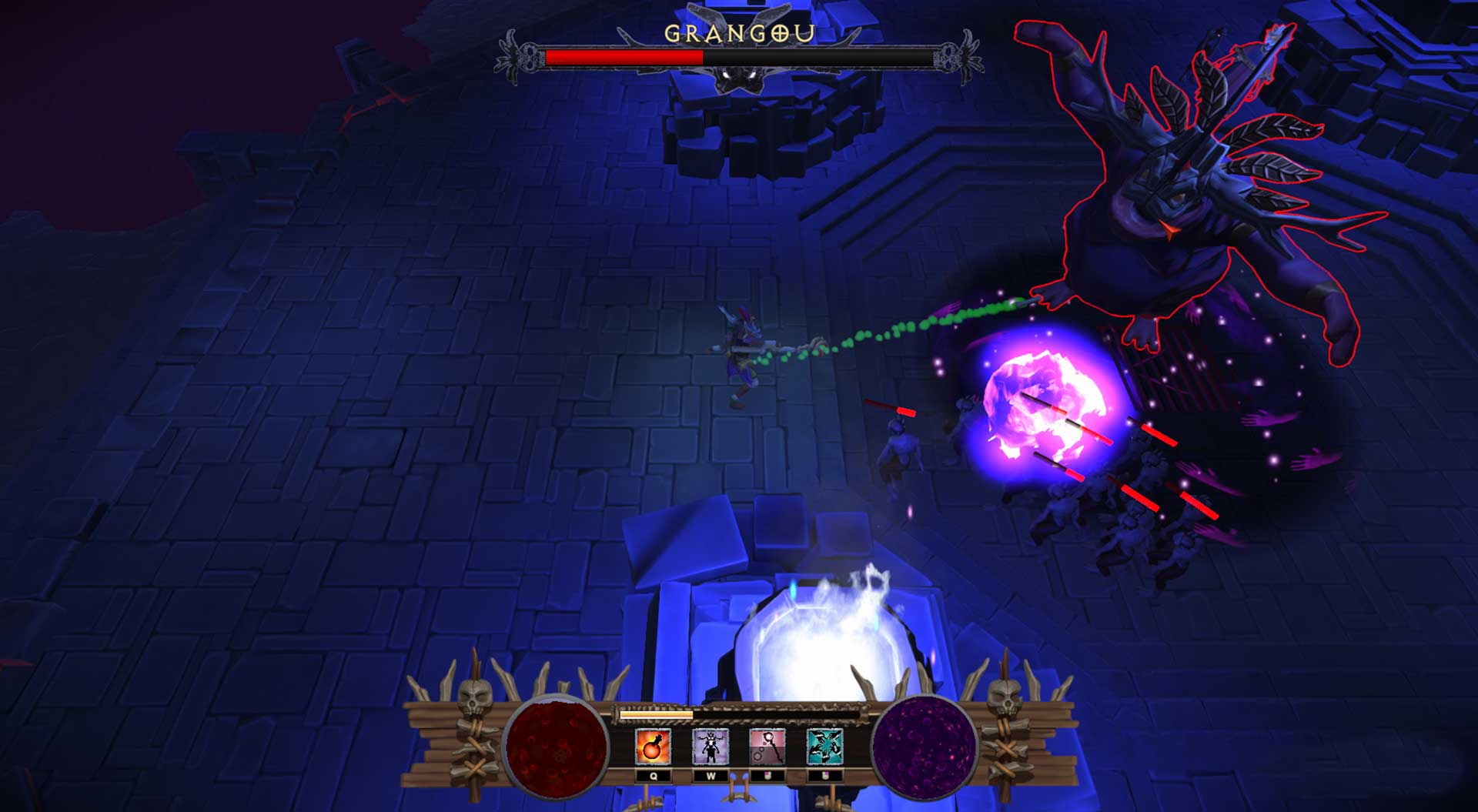 The bossfight was an epic undertaking for the player where more and more enemies spawned in throughout.

This project was of a whole different scope than any game I had ever worked on to that point and it felt really good coming out of it with our heads held high. Not just because we made a good game, which is admirable in its own right, but because we had come out on the other side of 14 really testing weeks as a solid group of 18 good friends and colleagues.