In Pollocean you are a brave axolotl fighting to reclaim the ocean from the pollution that has made everyone else go mad. 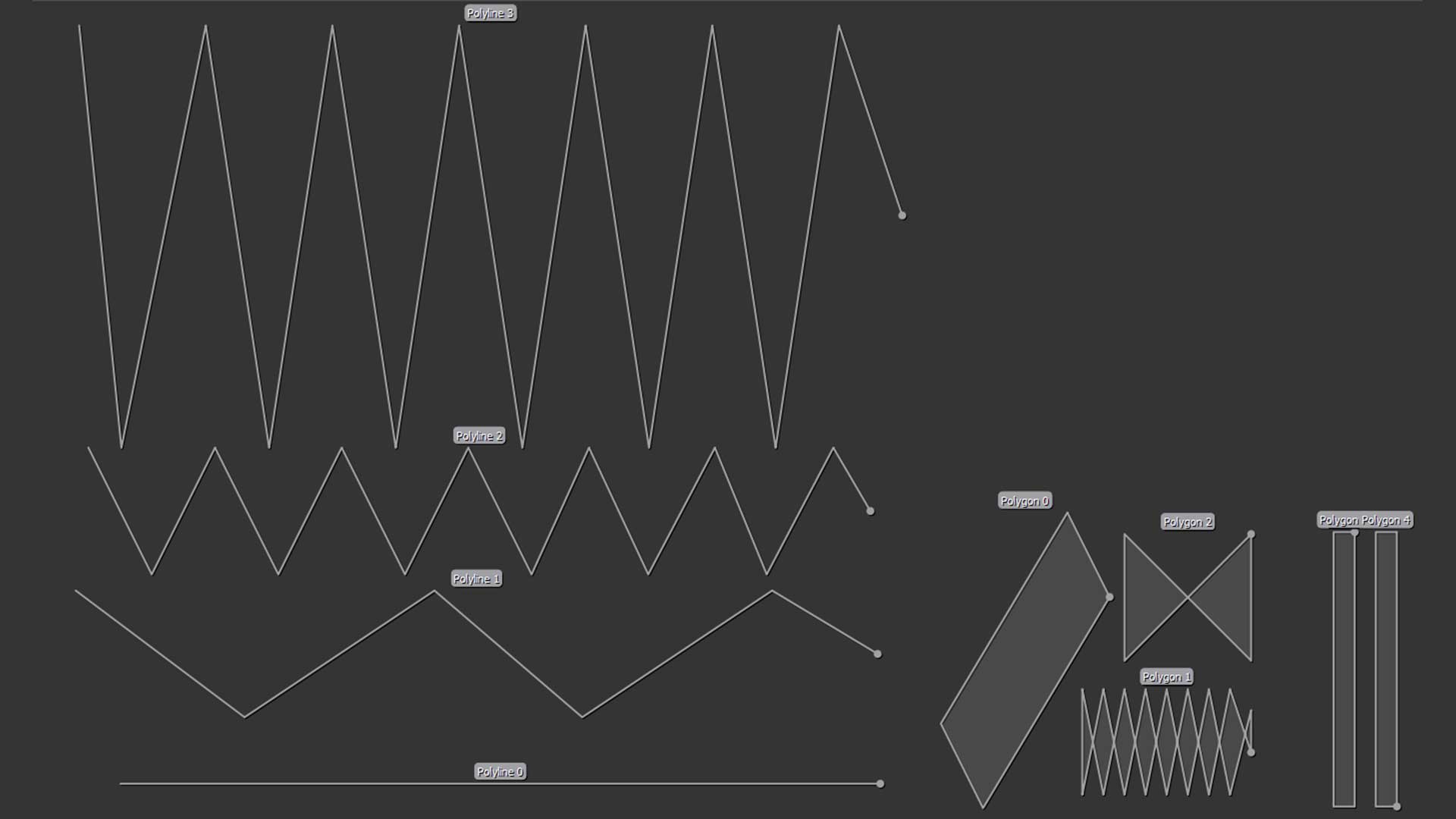 We could easily create new movement curves in our level editor.

In this Cuphead-like shmup one of my big responsibilities was to help the programmers create a good shmup-enemy-wave-editor that worked in a way that let us design the levels in a manner that felt logical to us. We worked in Tiled and we ended up with a system where we could easily adjust the enemy types and their tracks to our liking through Tiled and JSONs. 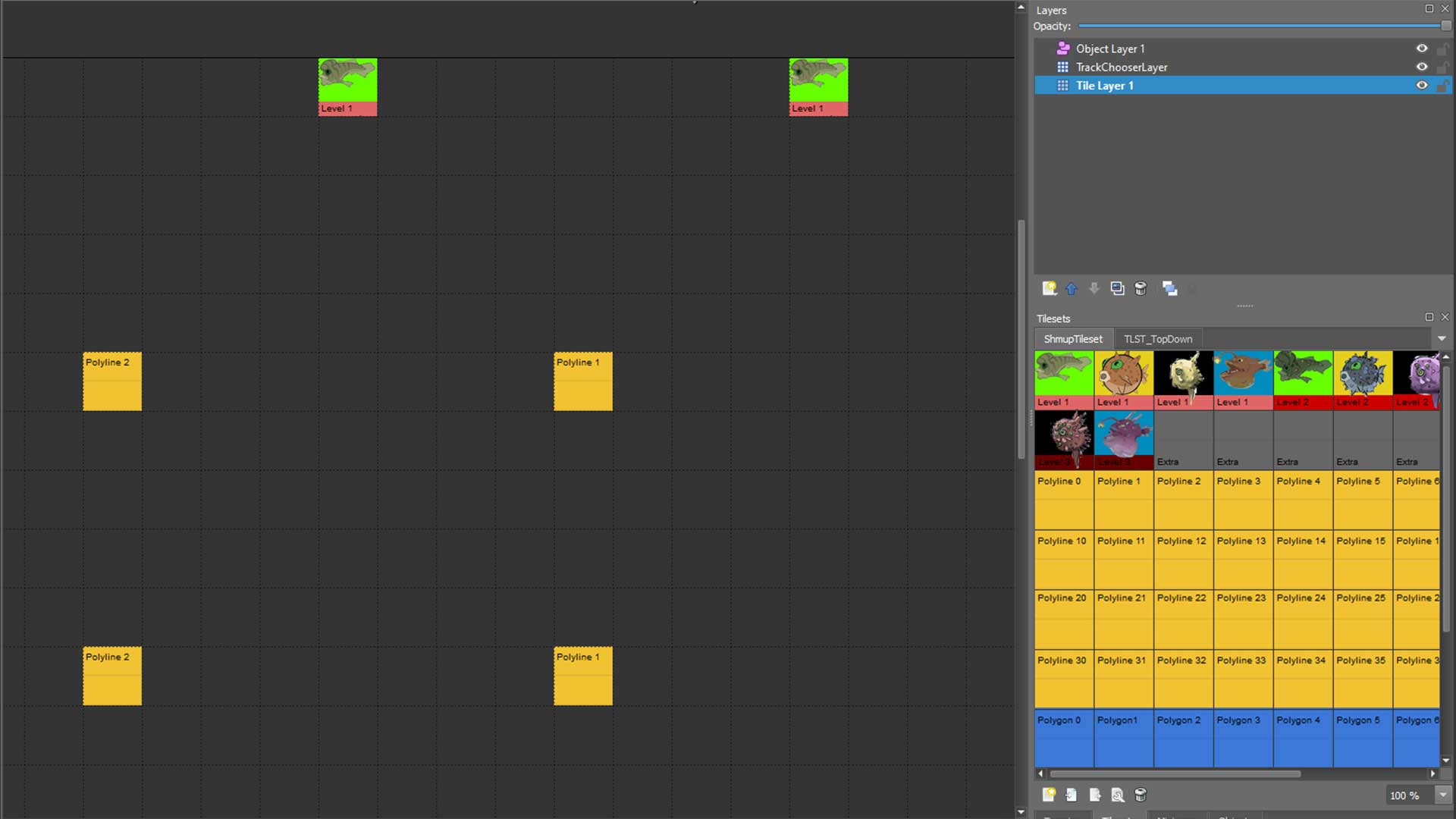 We assigned any wished enemy movement on a “TrackChooserLayer” in Tiled.

Polyline or polygon tiles were simply placed on the next layer to assign that movement to the enemy on the layer beneath. We could at any time create new shapes for our enemies to swim in and assign that shape to a tile number. 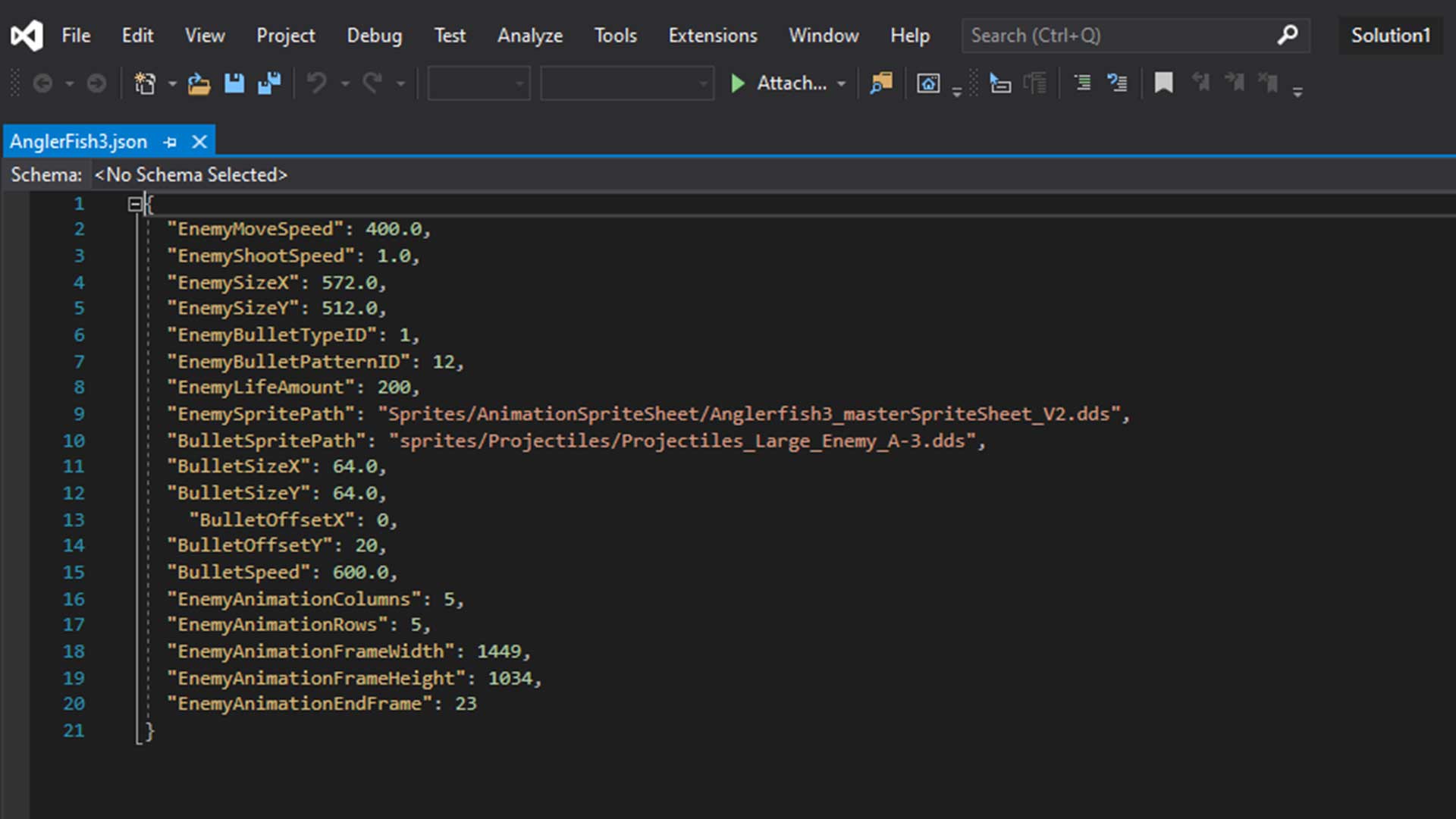 These values were the building blocks for our enemies - one of the many JSONs I adjusted game parameters through.

As a question of game design we discussed what makes SHMUPs enjoyable and ended up with the answer that we wanted more boss fights in the game. Thanks to how we edited all our enemy stats this was an easy fix on the level design end of things. I created some new enemy types through a JSON and could play against the new boss enemies within the hour. A slight hiccup was that I couldn’t assign Tiled-IDs to them through JSON so this had to be done by the programmers, but this was not a major problem since we weren’t going to add lots of new enemies. 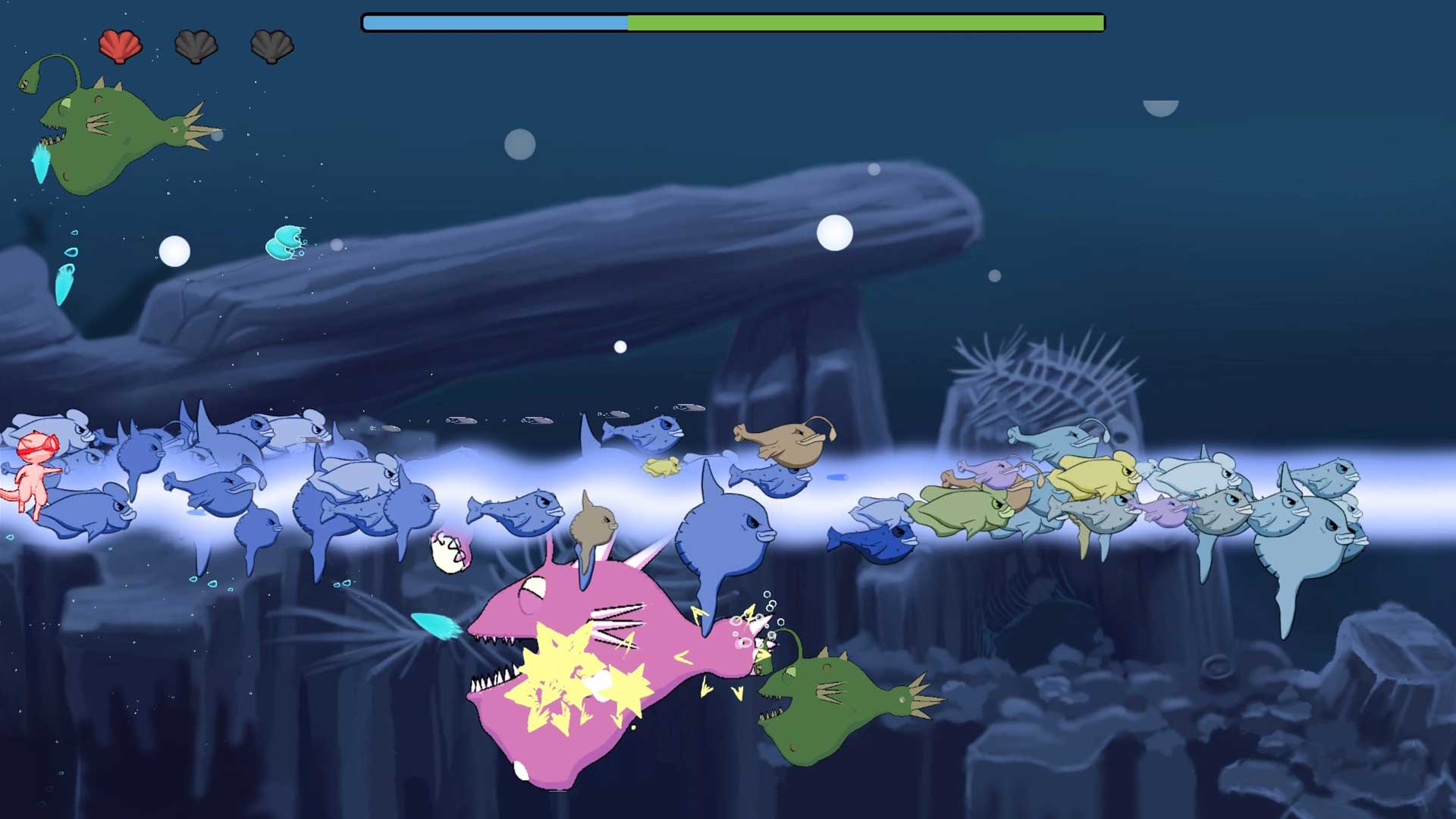 The games’ super attack consisted of the axolotl summoning all his saved friends in a powerful smashing vortex of fishes.

Pollocean marked the start of me building game builds through Visual Studio which is something I have found very helpful throughout the rest of my group projects in school. I don’t have to wait for a programmer to build a new solution and push it to source control just for me to be able to test that new feature they implemented. It has enabled me to iterate on game balancing and level designs quicker ever since.