In Roadkill Express you make your way through a wide-spread wasteland at breakneck speed searching for enough food to feed your people. 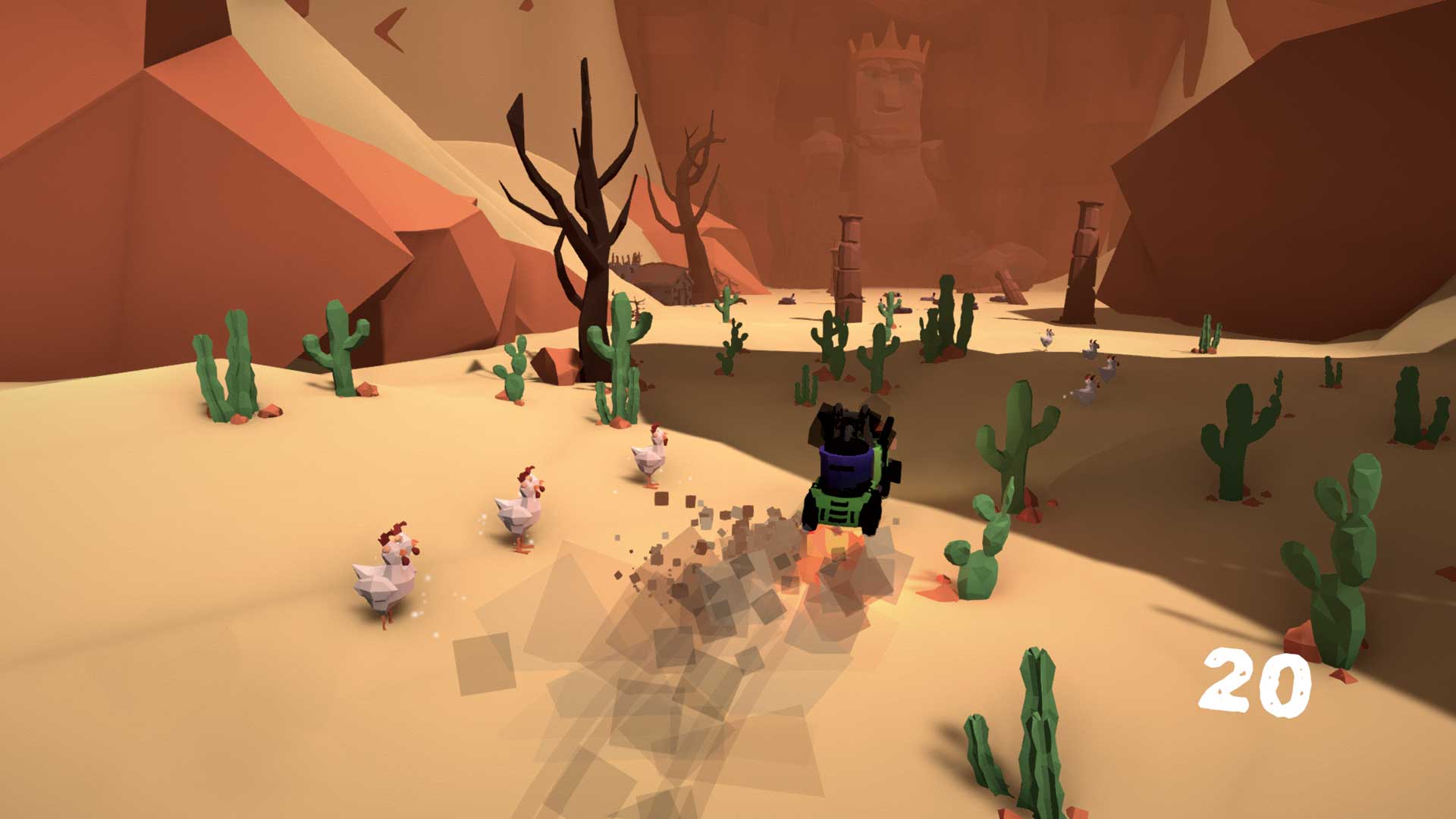 We were as a group tasked with creating a level-based game that derived from endless runners and for us level designers this proved to be somewhat of an herculean task. Me and my colleague, Ofelia, took responsibility for designing two levels each. 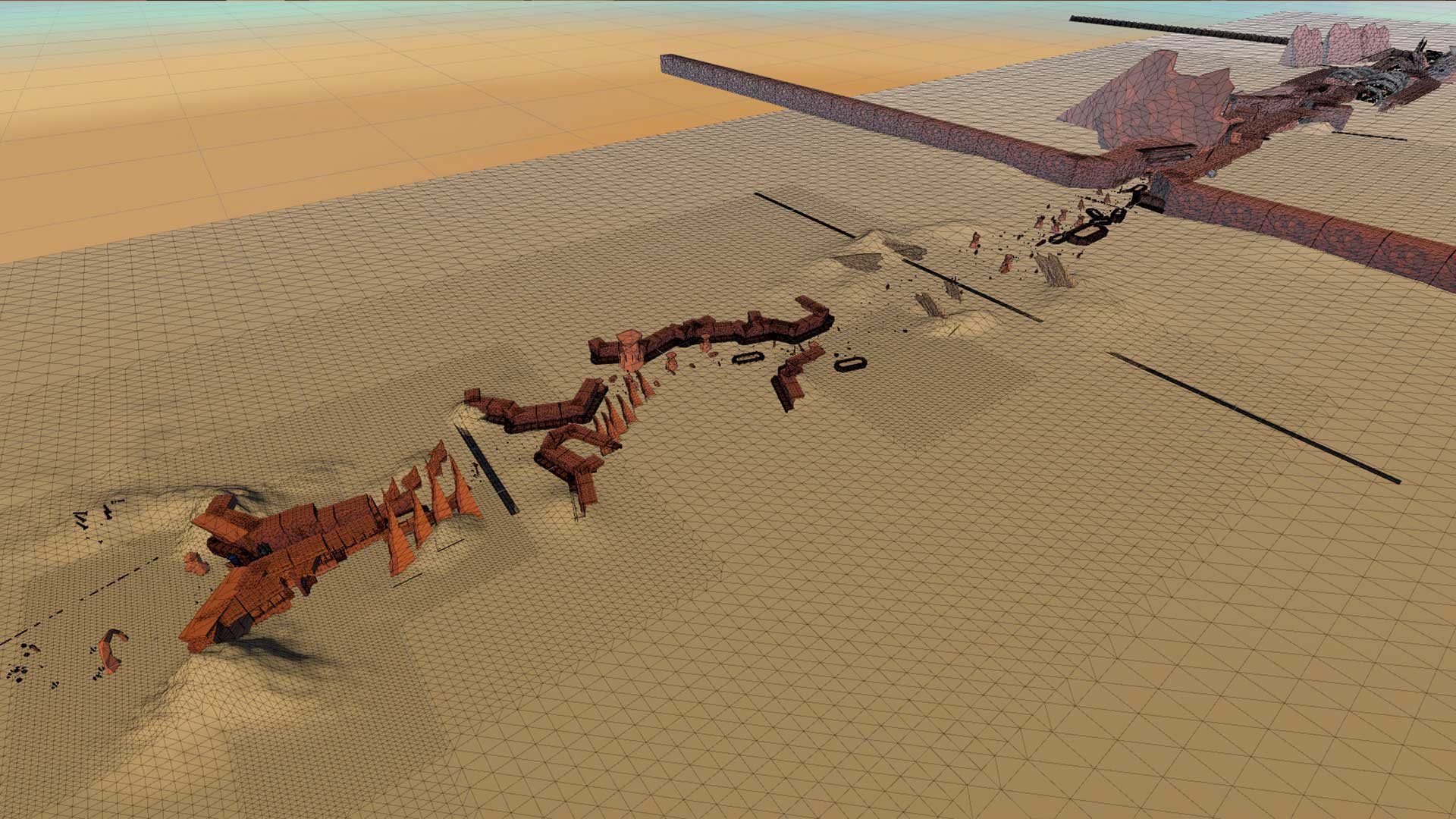 The player starts in the lower left corner and is going to the top right corner in this, the introductory level of the game.

At the start of the project we were worried that the kind of extreme size of the levels would create problems for us in the way of uncomfortably long loading times and weird offsetting if we were working too far away from origo. We had some different ideas of how to solve it, among others we planned on building the levels in short chunks and just load them in as needed. The whole thing ended up being a non-problem and we built our gigantic levels without any issues. 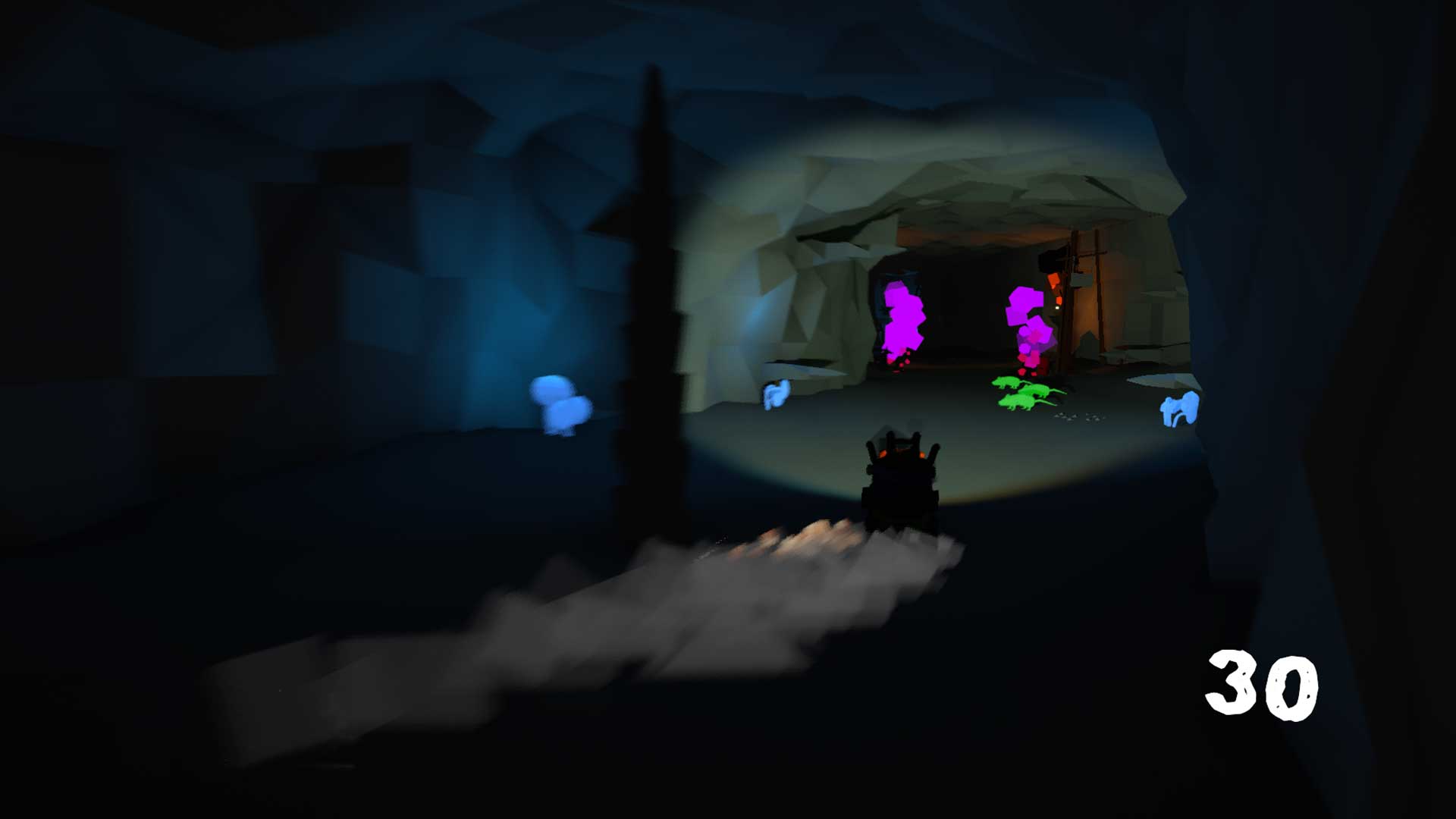 Get those radioactive rats!

This project was my first real venture into source control with a group this size. We worked with Tortoise SVN and over these 6 weeks many mistakes were made and many invaluable lessons were learned.