Off-world overdrive unleashes the player as a murderous robot on a rampage on other, equally murderous, androids. 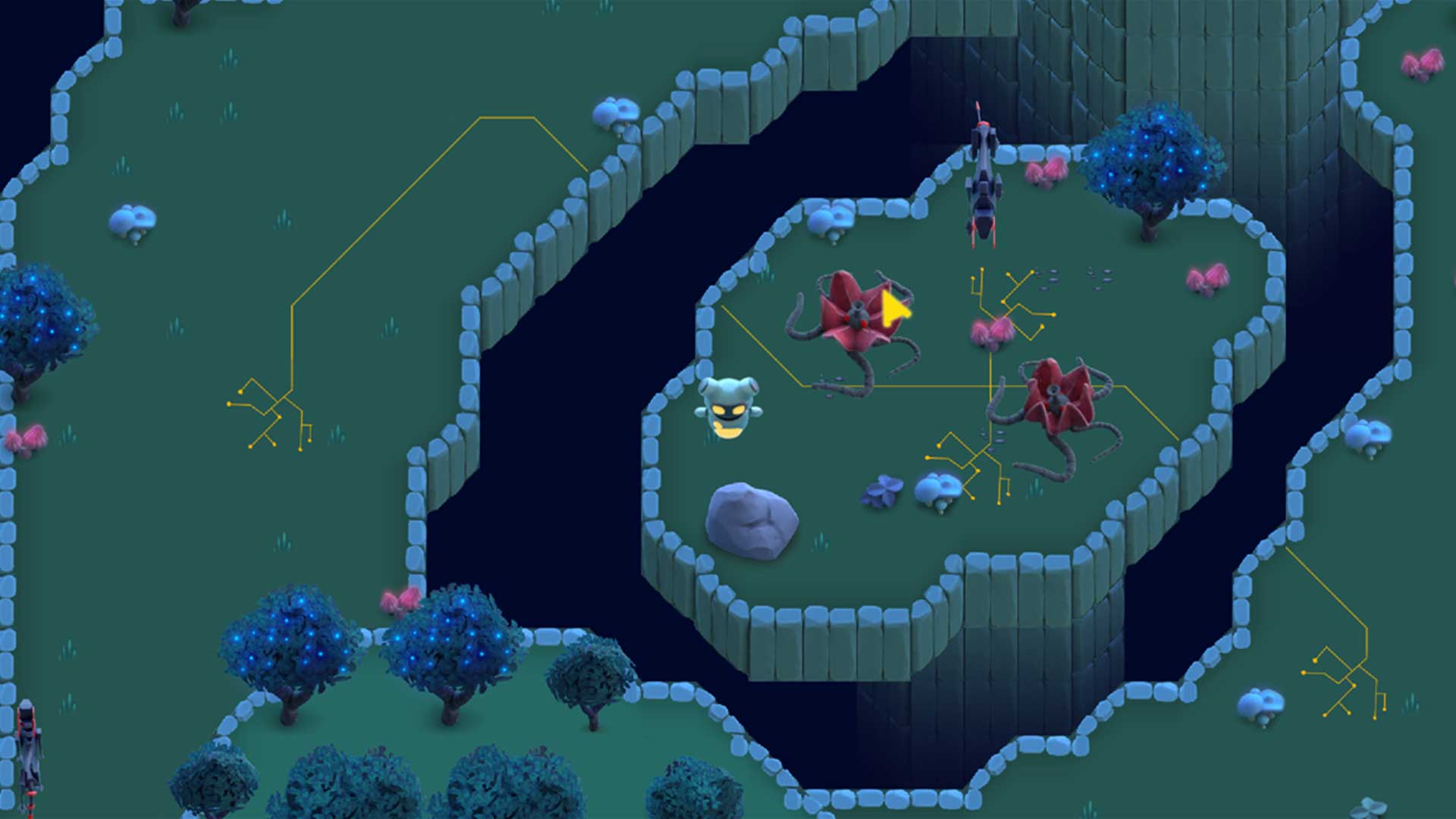 This game was inspired by the games Hotline Miami and Ruiner. We wanted it to be a fast-paced combo racking experience with that kind of simplistic and clean gameplay that is equal parts punishing and rewarding that makes Hotline Miami so addictive.

Our environmental tool populated several layers at once which saved us a lot of time.

As this was my third project using Tiled while attending TGA I had gotten to know the editor pretty well. I wanted to go a step beyond what I had previously done in Polaris and decided to make a tool that added in all the parts that we always would want connected to each other in the same way. Terrain, trims and large props would simply pop into the world given the correct base tile to do so. Seeing as we for example didn't want a whole tree to collide with the player this tool automatically sorted things to the right layer if used correctly.

The letters G,C,T and D on the workspace pictured above were a necessary element to get the tool to work with four different layers but they also helped keep us in the correct layer when we made our levels. In game these tiles simply weren't rendered. 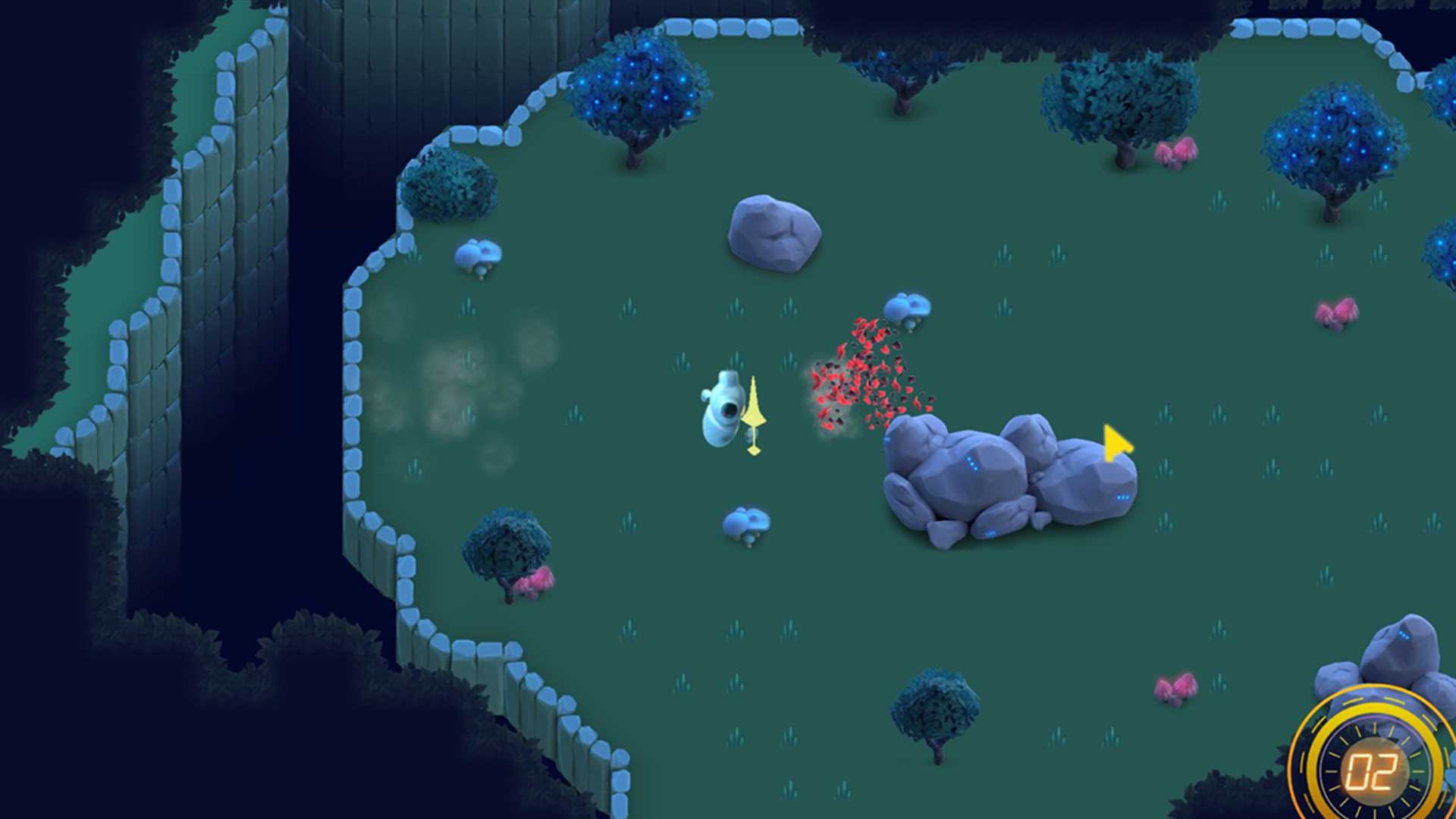 That robot just defeated another robot!

This was the first project that was entirely done from home. I found it harder to create an environment that brought us, as a group, together on a more personal level than in any earlier project. We did eventually get there, but the fact that it wasn’t possible to actually meet each other in person was a bit of a hurdle. 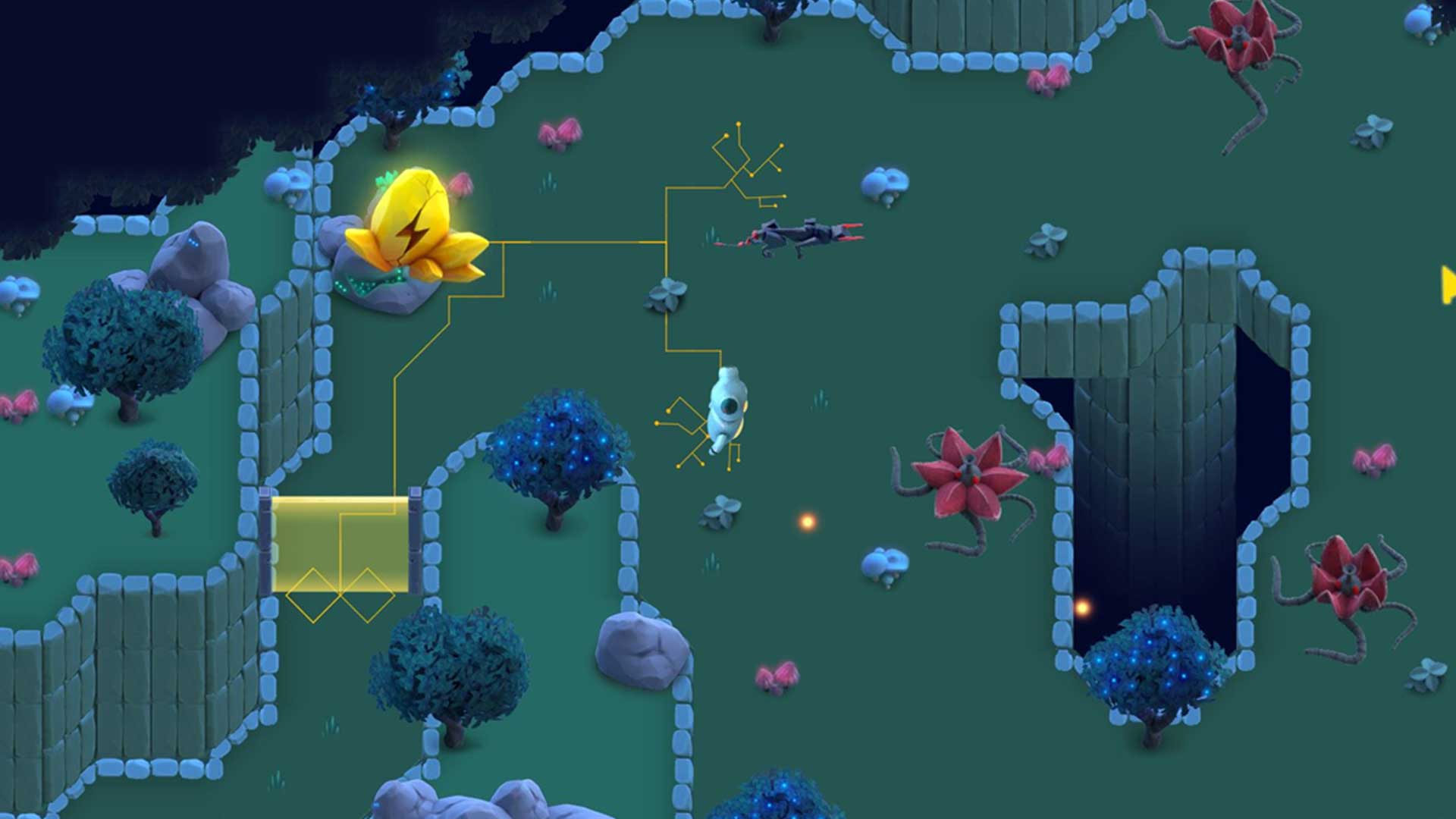