Lucky 13 is a mobile game of tactics and dexterity where you play your way through a house haunted by possessed toys. 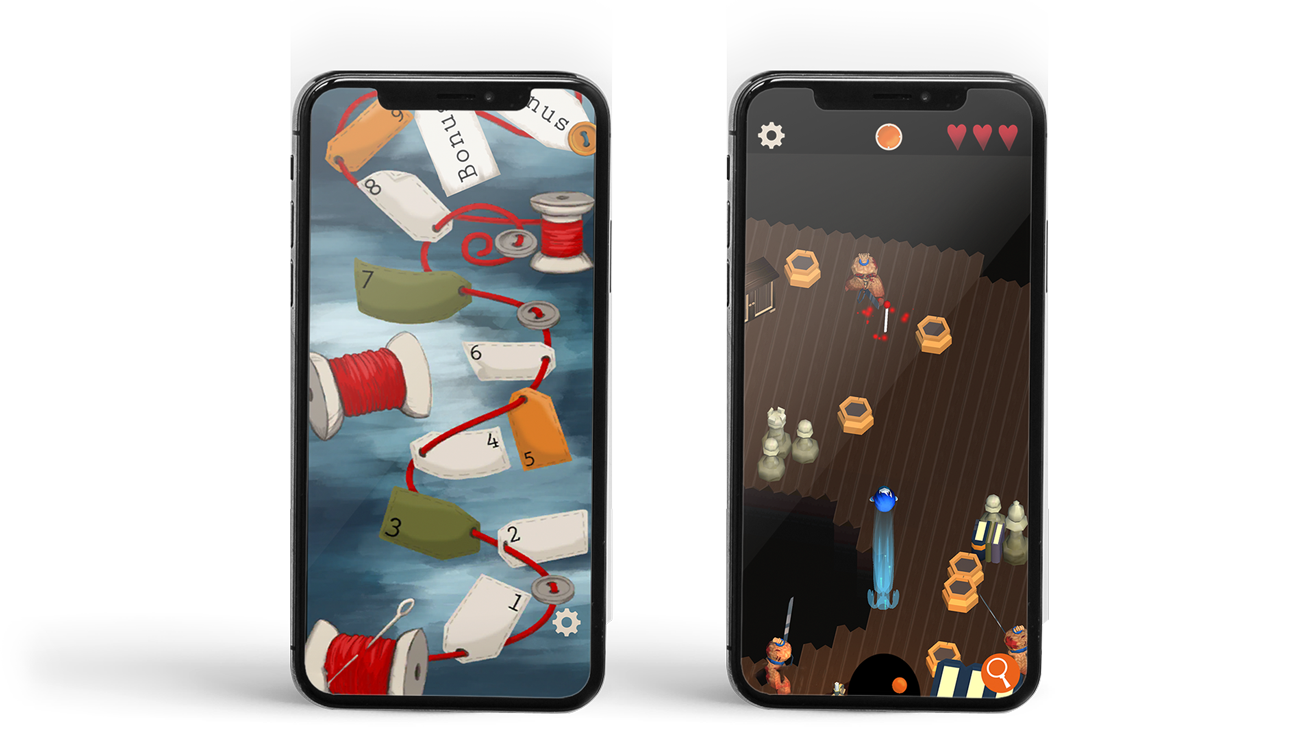 The goal of the game is to break an urn containing a part of the protagonist’s soul at the end of each level. The problem being that you have a time limit and an army of evil dolls and teddy bears doing all they can to stop you from ever leaving this house of horrors again. 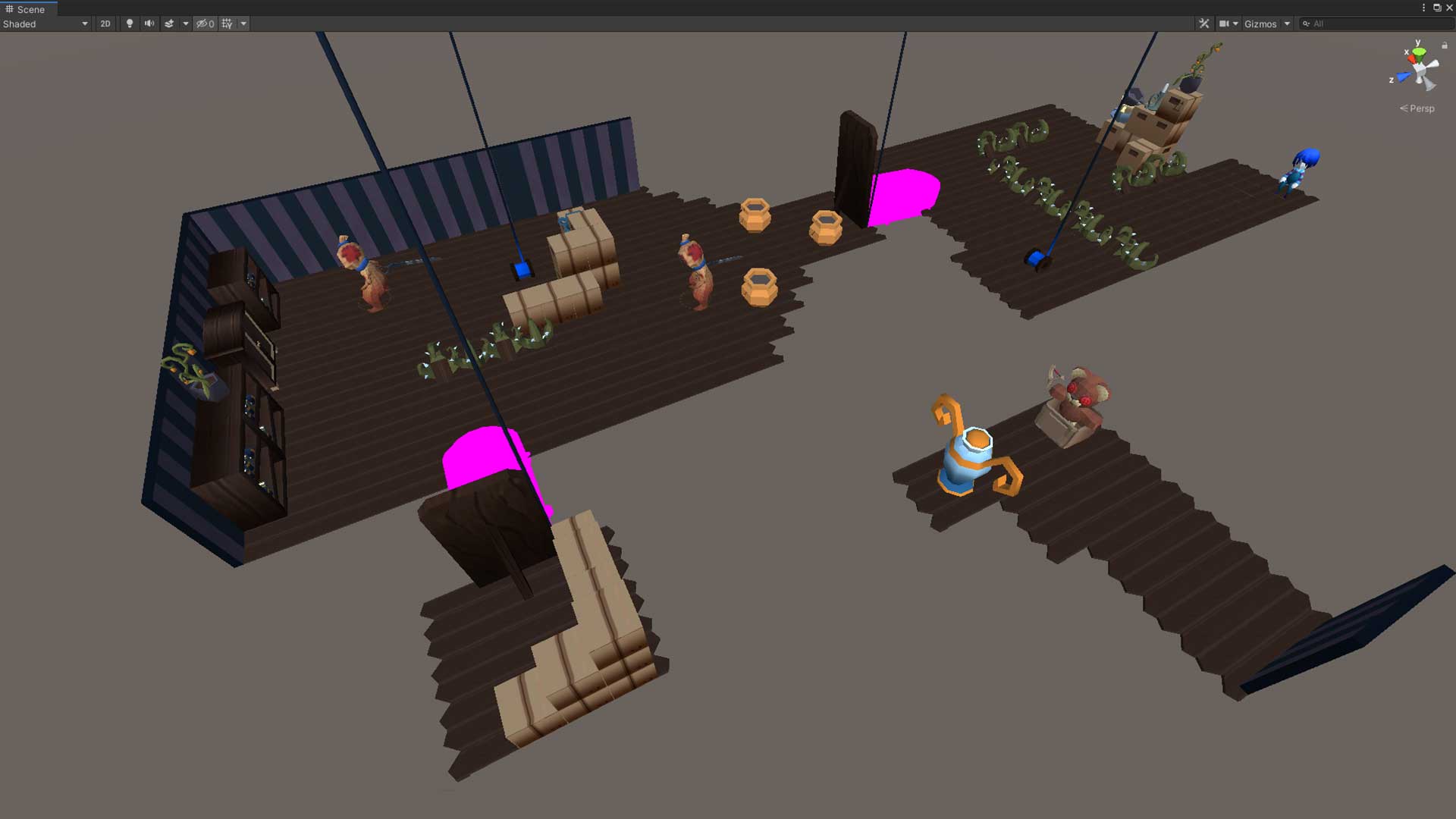 The game in-editor. In this level the player would have to always get the ranged attack of the teddy to hit an obstacle or enemy to avoid being damaged by it.

In this project I was one of three level designers. Our workflow was very iterative from the very beginning. We made sure that we, as early as our first overviews, started to discuss the level design through our three different points of view. Going into production we iterated on eachothers levels on a weekly basis. 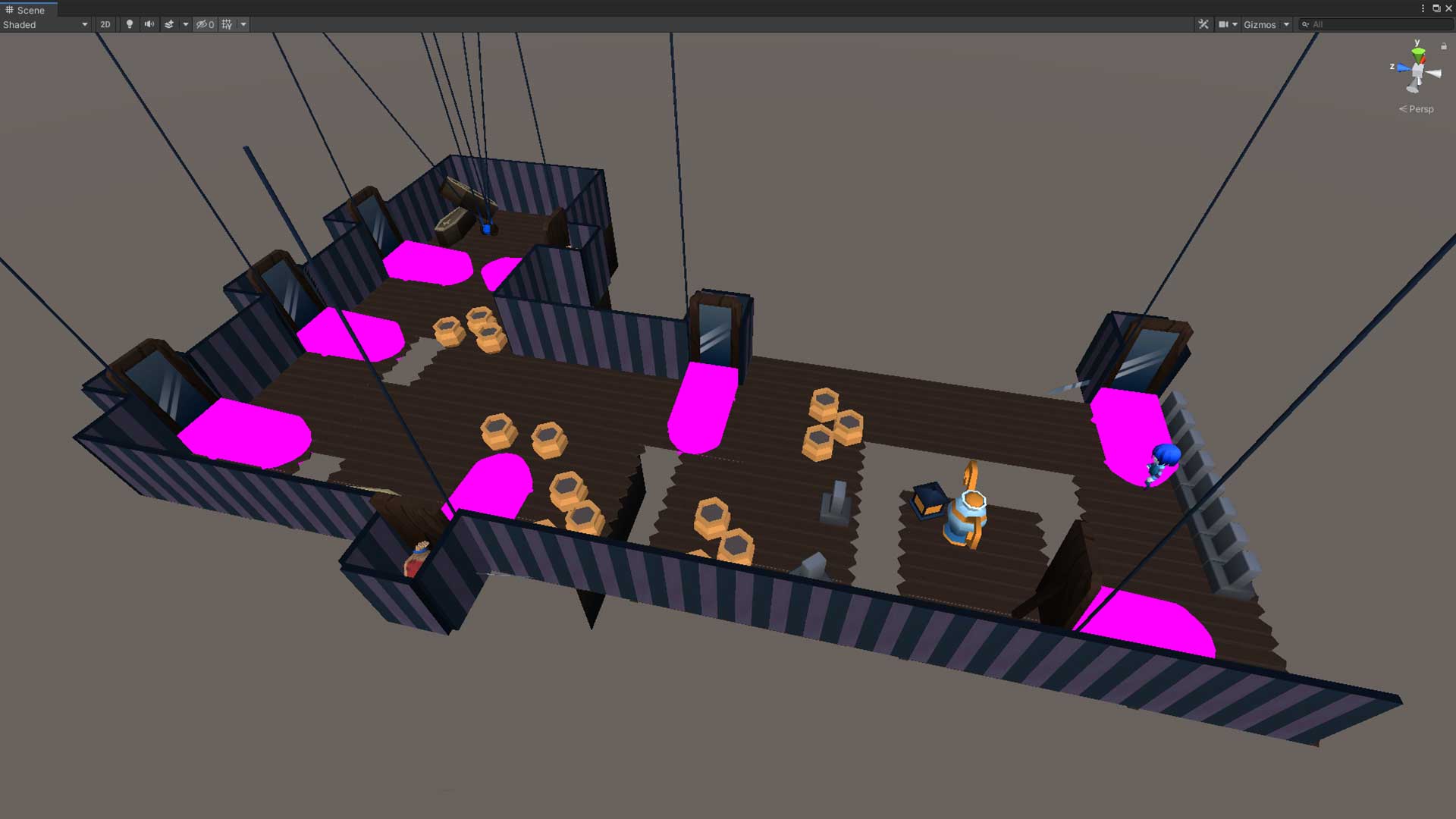 A tool we got from the programmers let us easily set up doors and connect them to string roll-buttons.

In the end this game did not reach the fidelity we had hoped for. In such a short project our ideas for the game simply did not have clear enough references for us to deliver something concise and entertaining. It was a genre mash-up of Angry Birds and the board game Flick ‘Em Up and we ended up not finding the real middle-ground where the combination of the two gameplays could shine.