Farm racer was made during a 48 hour game jam. I was mainly involved in gameplay scripting and game design. The goal of this game is to farm as efficently as possible within a very strict time limit. 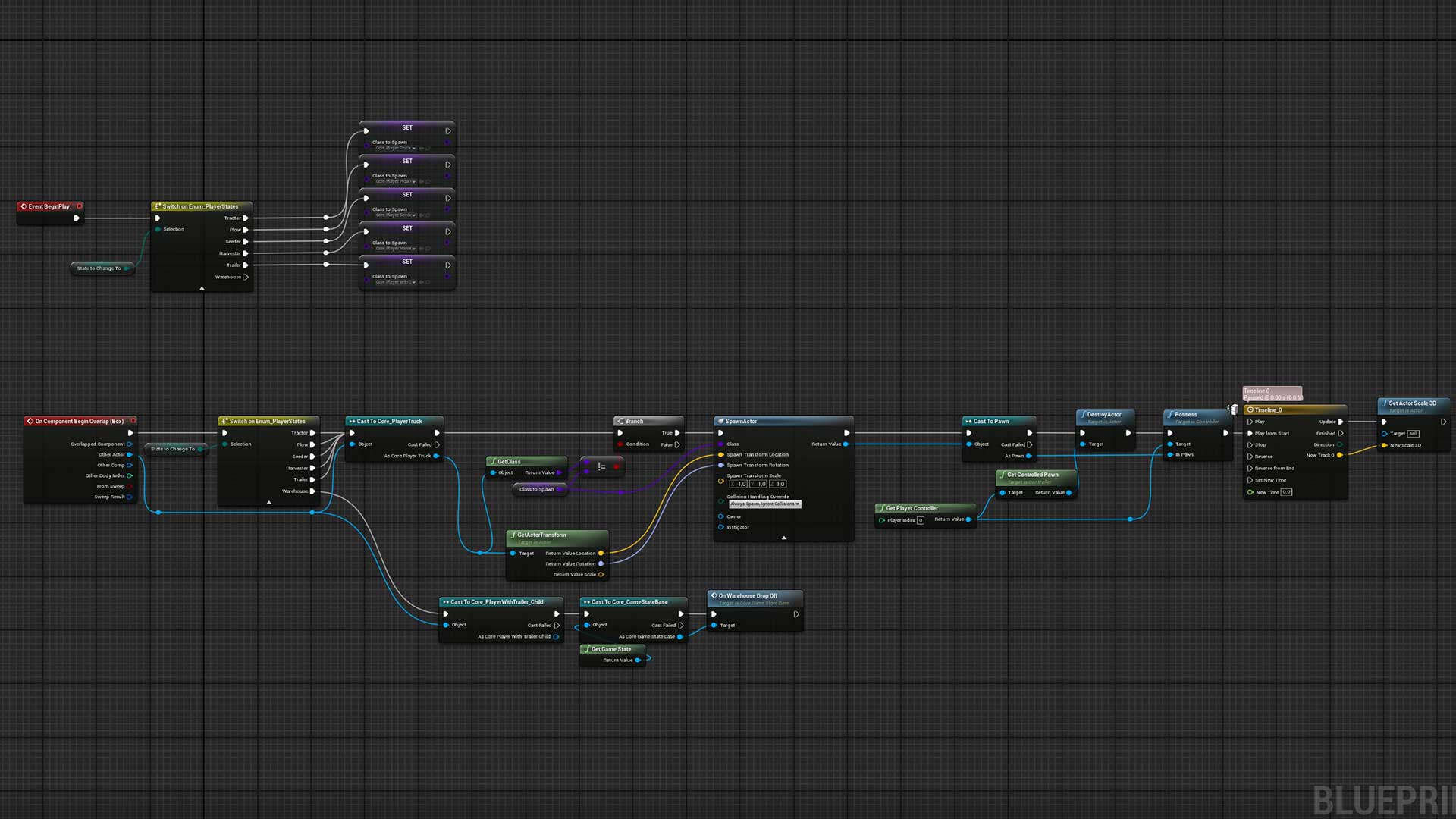 A script I made for changing between different player characters when driving through a barn.

In this project I sought to make the level designing process as streamlined as possible. Among other things I set up a system where the level designer would just need to place a single type of gameplay building and then on each instance of the building the designer would choose the type of the building. This in turn gave the building a new logo and would “turn” the tractor into another specific type of farming vehicle when it entered the specific building. This was simply made by spawning and possessing a new actor while the old player character was destroyed. 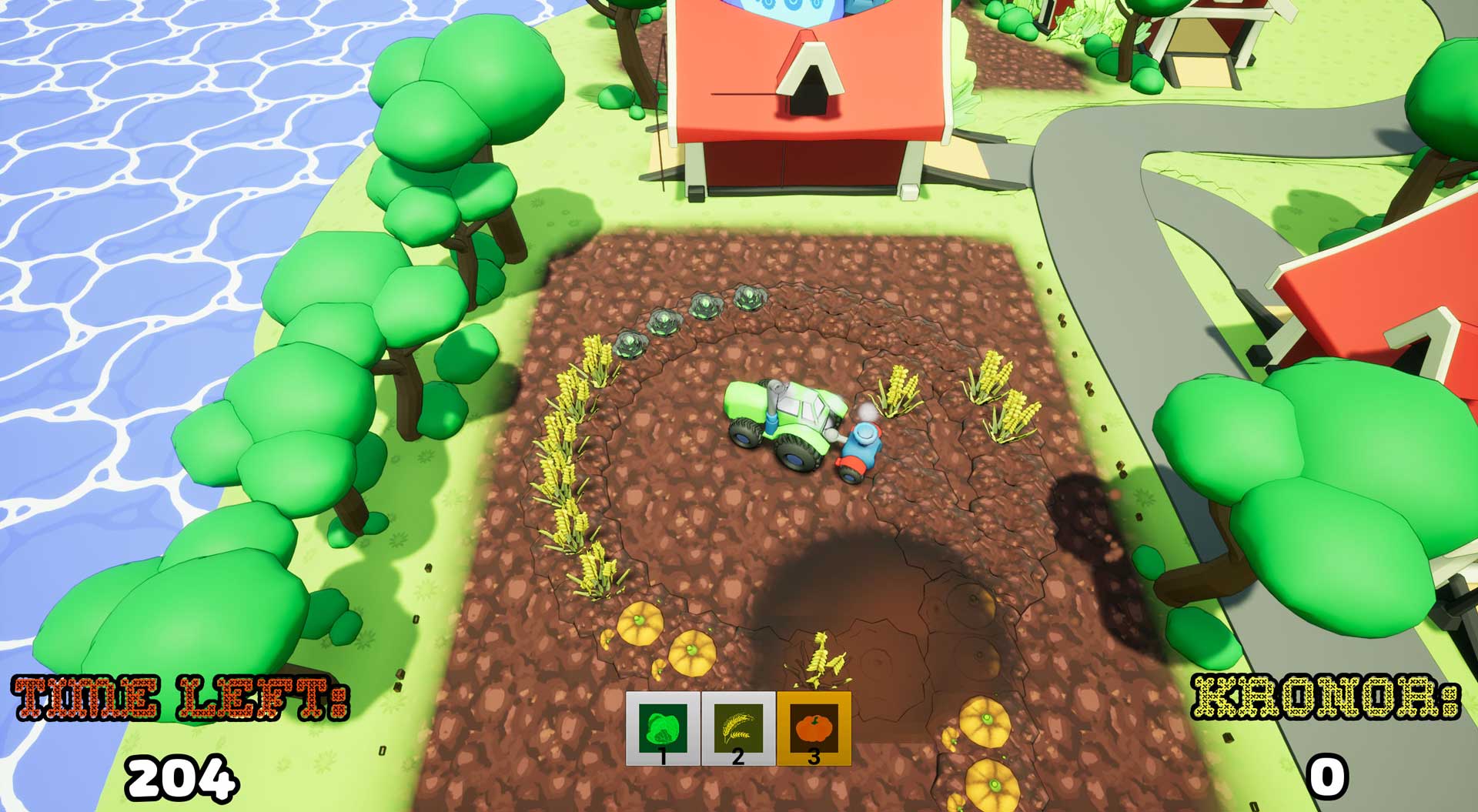 The player is sowing and can change between three seed types.

The gameplay was frantic and we wanted to capture that feeling in everything that the player interacted with. Changing vehicles was instantaneous; plowing spawned as much dirtpiles as possible; and seeds flew everywhere and would in the glimpse of an eye becoma a full grown crop ready for harvest season just seconds later. 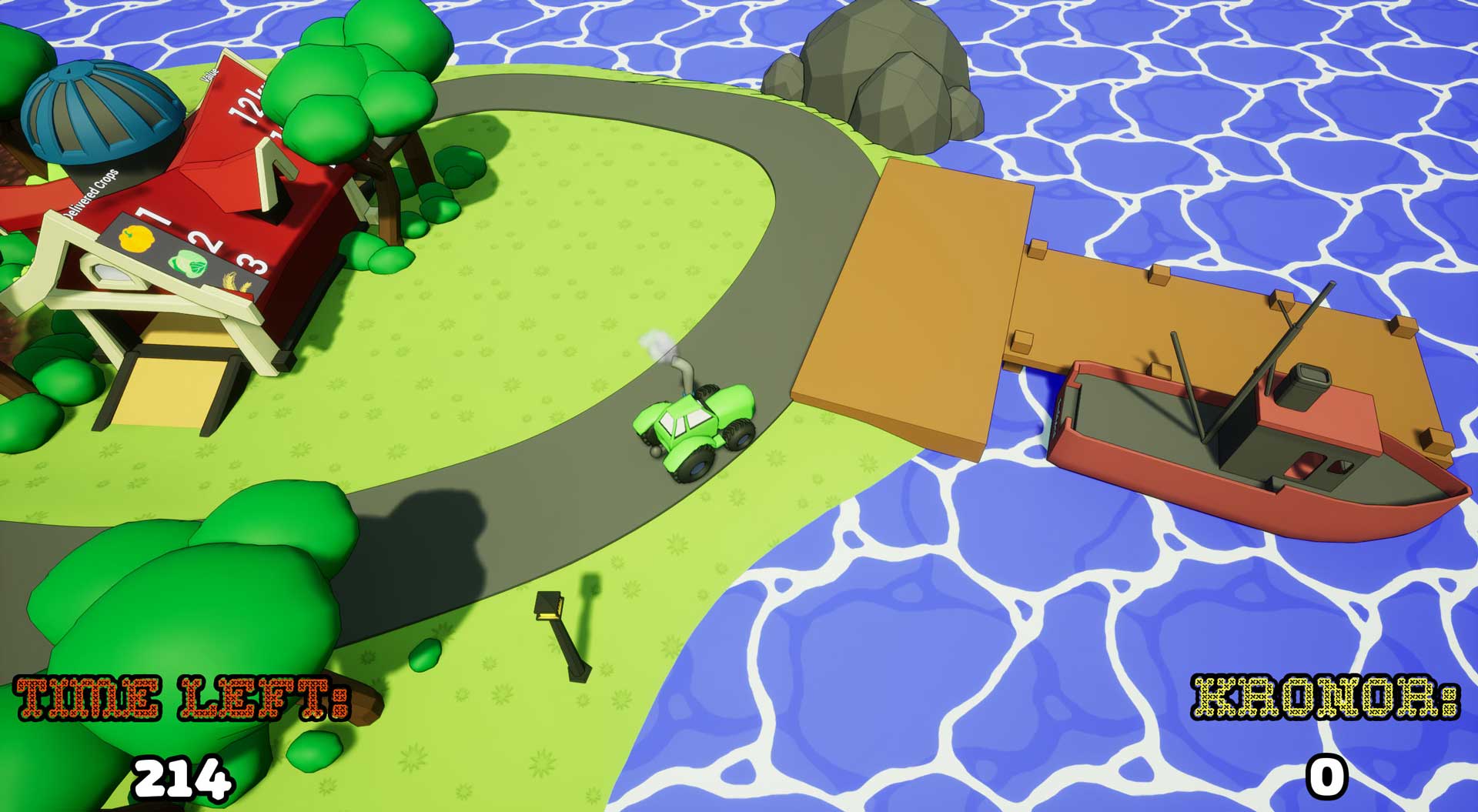 The player must deliver wares to the silo for them to be bought by the boat.

In the end we had too many ideas that didn't get cut and we ended up making a lesser game for it. It is fun and silly, which clearly was our goal, but it just doesn't hold up in the long run.