Asockalypse gnome is a fast paced game about a gnome returning lost socks to their owners. 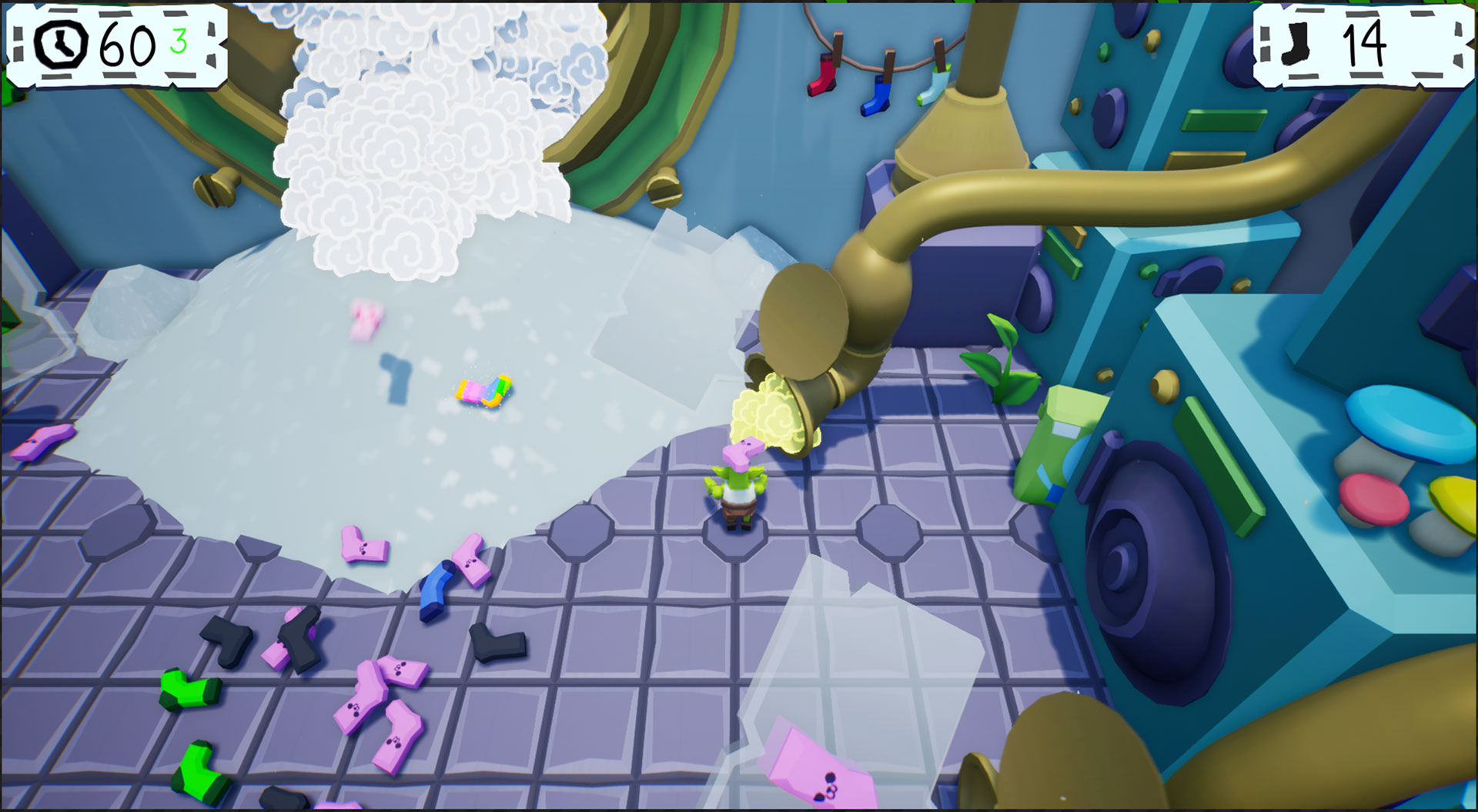 That gnome just delivered a sock!

On this project I had one solo responsibility and that was the finding and editing of sounds for the game. I also Had a shared UI responsibility and of course took part in the overall design of the game. For a change of pace I was not directly involved with much gameplay scripting. 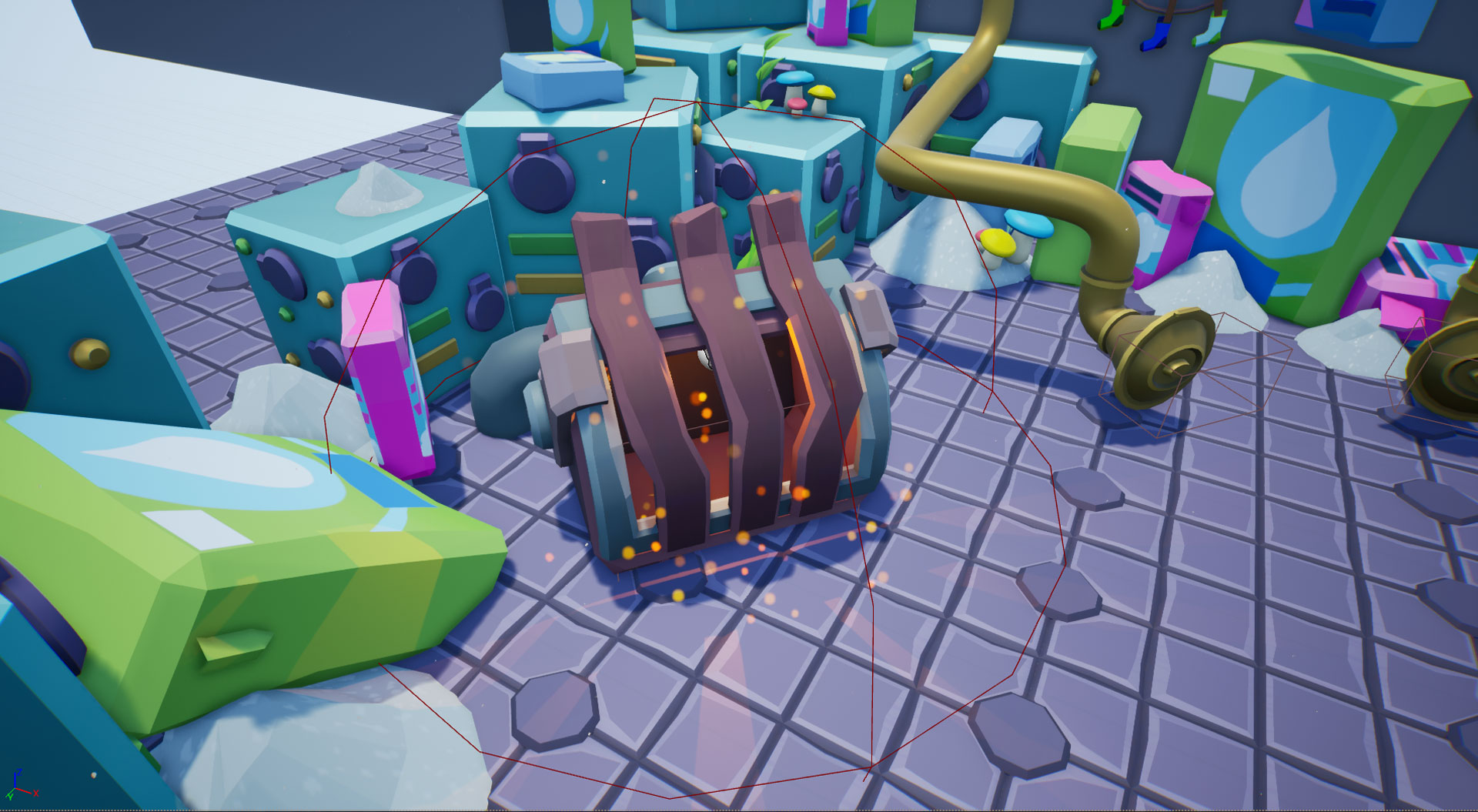 The incinerator pictured above gives some time to the player - making it possible to gain more points in the game. The drawback is that it is just far enough away that it risks being a loss of time in the end. Also the socks slow the player down, making it less than ideal to carry lots of socks at the same time. It simply makes it a constant “would it be worth going for it now?” that keeps the player's attention peaked. 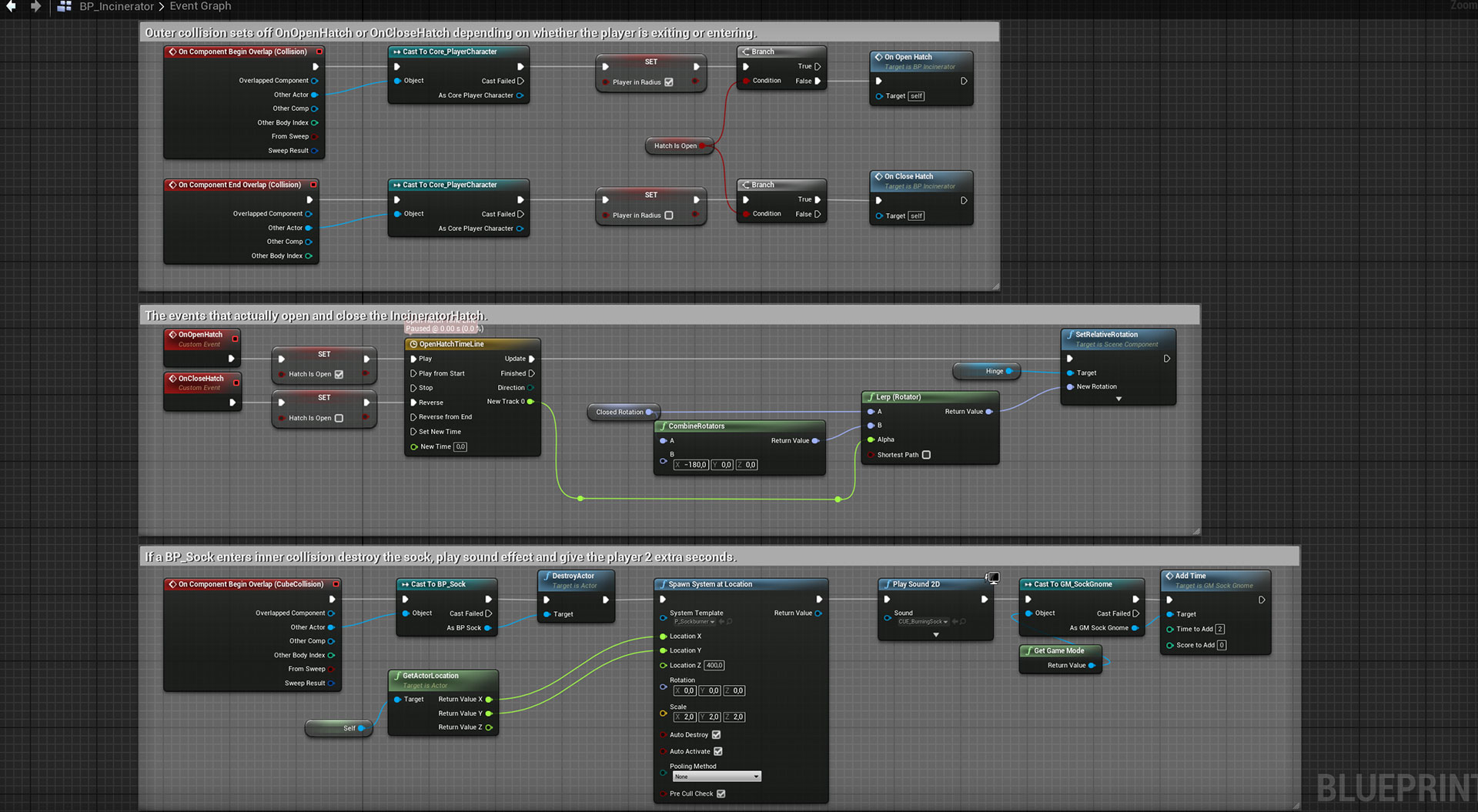 The only gameplay script I actually made for the project was the sock incinerator.

This project gave me a chance to get a deeper look into working with sound in UE4. I only scratched the surface but it was a learning experience nonetheless.