Who let the drones out!?

Who lets the drones out is a fast paced robot programming puzzle game. 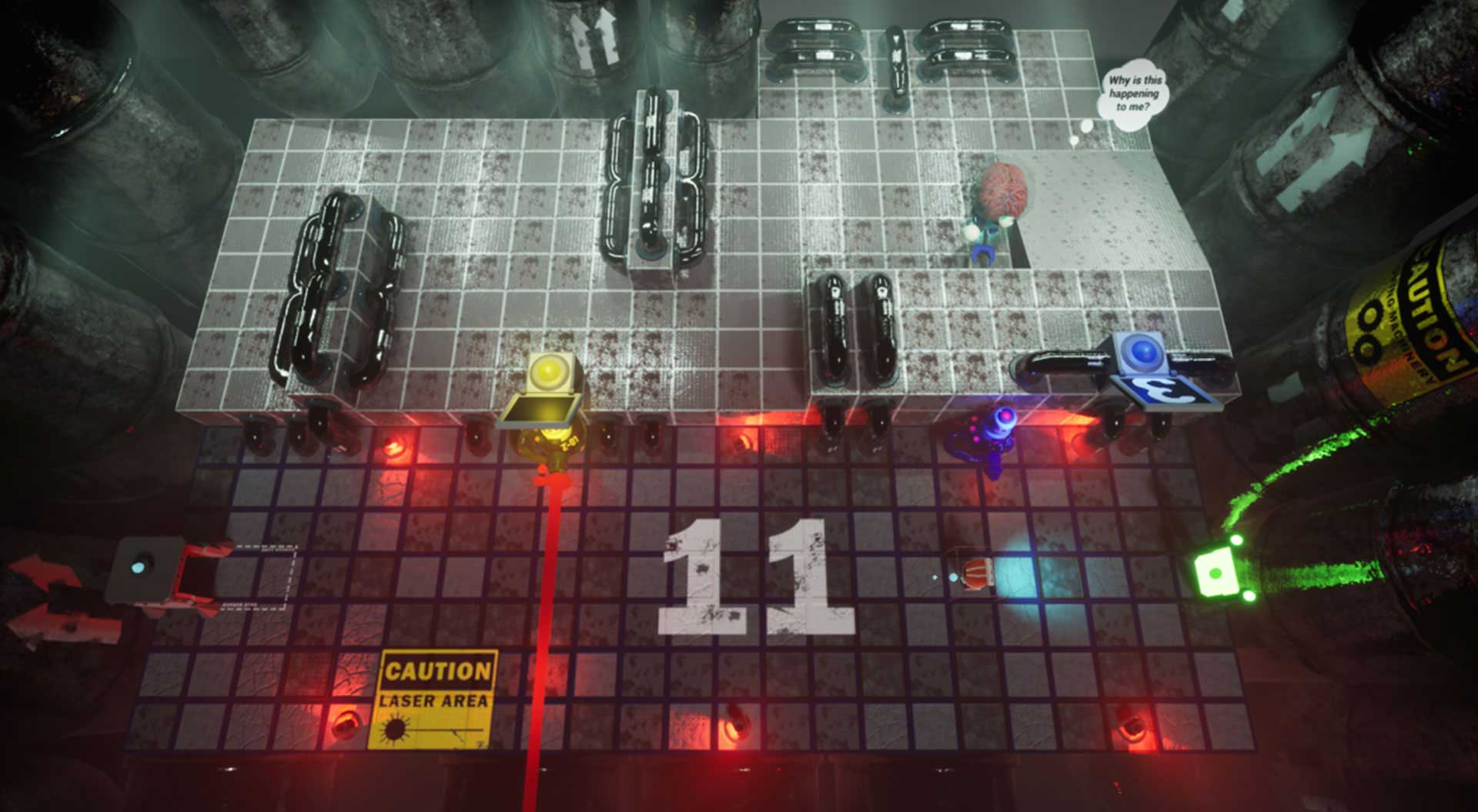 The player managed to turn off the blue laser canon just in time!

In this game jam I had a shared responsibility with others in the group for gameplay scripting and construction scripts. The goal of the game is to guide a robot through a laboratory filled with dangerous contraptions. The game was inspired by the board game RoboRally. 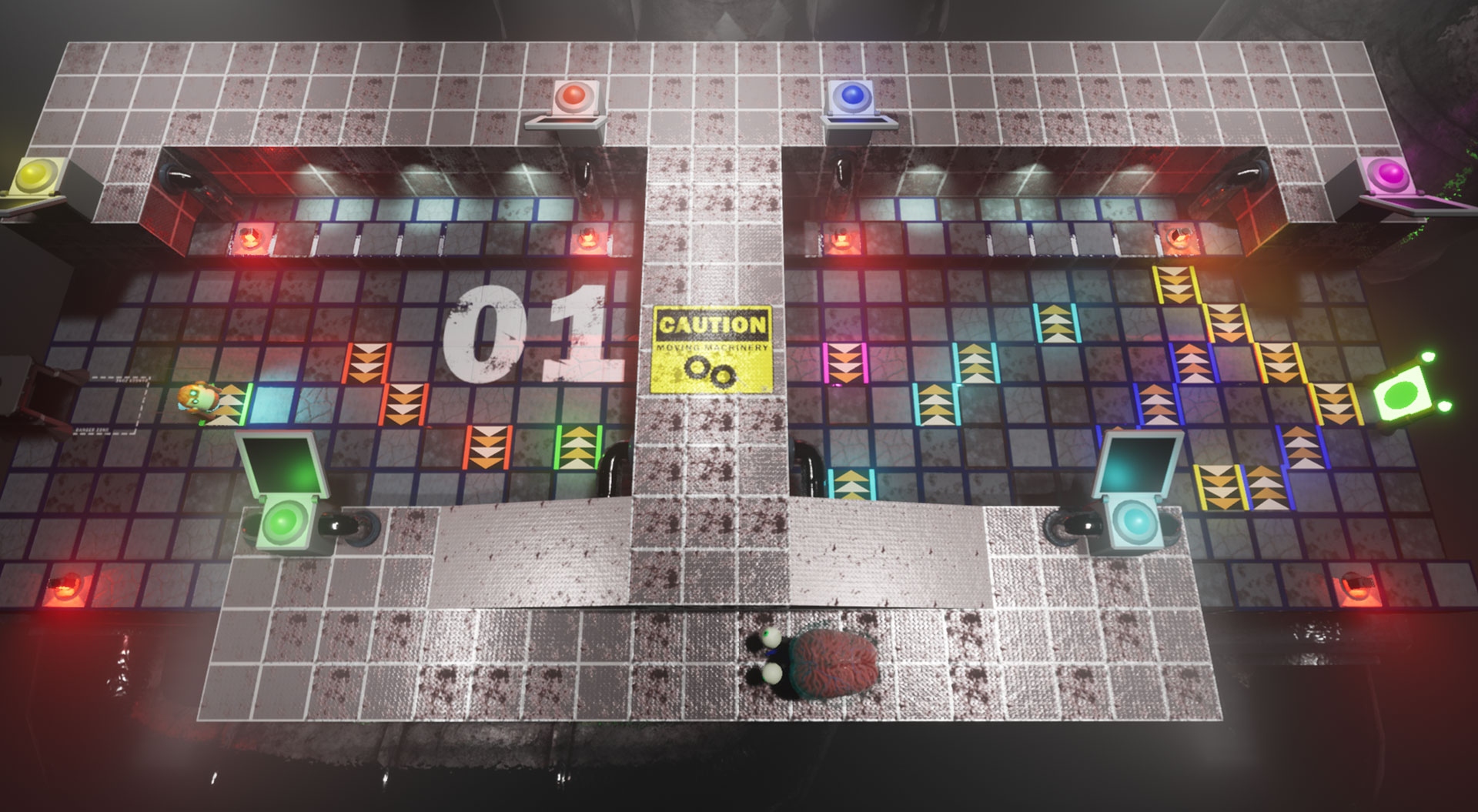 My construction script made it easy to see which actors were connected.

I scripted some of the functionality both for the robot and for the actors that interact with it - conveyor belts, turning gears and lasers. I also set up the scripts for the large displays that the player interacts with to momentarily deactivate the connected systems. Since we never use Unreal for any group projects at TGA it was a good experience to get to hand over something I had constructed with the intention to lessen the level designers burden and actually see it in action.